An Information Security Expert’s Take On The Equifax Breach 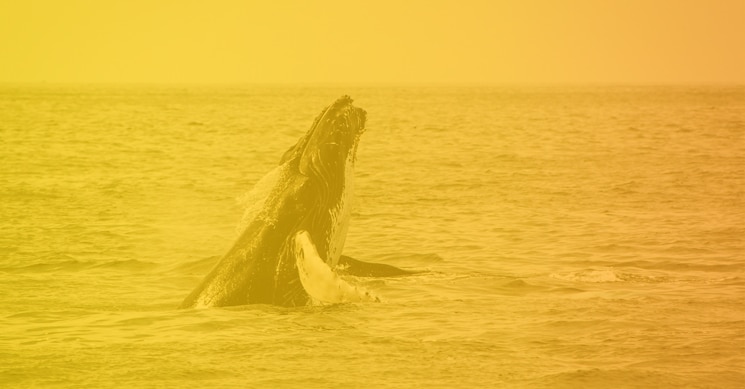 Whenever there’s a large or well-publicized breach such as this one, I usually wait a week or so before writing an opinion.  This is because I prefer facts (as opposed to speculation) and I prefer logic (as opposed to emotion).  If you were expecting a response from me sooner regarding the Equifax breach, now you have a reason why you didn’t get one until now.

I’ve been involved in hundreds of incidents and/or breaches over the past 25 years.  When I consider a breach, I understand that there’s always an emotional response and always a logical response.  Emotional responses drive us to seek answers to questions like:

Some of the emotional questions are helpful, some are not. It’s the human side of us that demands these answers.

Logical responses overlap with the emotional ones, but logic forces us to step back and think things through.  In our incident investigation processes, FRSecure clients appreciate the logical approach, and our ability to consider emotion.  Logically, we approach investigations holistically from four different perspectives; the company itself, what was in place for prevention, what was in place for detection, and how well is the response handled?

My take on the Equifax breach revolves around these four perspectives.  We’ll look at each one, but first some of the latest information about the breach.

What do we know, or what do we think we know?

Some facts about Equifax from Wikipedia:

Equifax Inc. is a consumer credit reporting agency. Equifax collects and aggregates information on over 800 million individual consumers and more than 88 million businesses worldwide. Founded in 1899 and based in Atlanta, Georgia, it is the oldest of the three largest American credit agencies along with Experian and TransUnion. Equifax has US$ 3.1 billion in annual revenue and 9,000+ employees in 14 countries. It is listed on the NYSE as EFX.

I don’t take issue with Equifax as a business per se, but I do have issues with seemingly significant portions of the Equifax business model.  Some of the troubling issues about Equifax’s business model are:

*In the case of many other breaches, as a consumer, I have the discretion to stop doing business with the at fault organization.  For instance, when the Target breach happened in 2013, I could choose to stop doing business with Target; or at least change my relationship with Target (pay cash instead).  In the case of Equifax, I feel powerless.  Can I stop my relationship with them?

As you can see, I have some issues with Equifax in general.

There is plenty of speculation about both points; however, the fact of the matter is that no matter what you do, you will never be able to prevent all bad things from happening (breaches).

I won’t speculate much about the preventative measures that Equifax had in place at the time of the breach.  To do so would probably be counterproductive.  We do know that the breach was blamed on a “US website application vulnerability”.  This leads us to speculate on lots of things:

We could speculate all day.  Again, keep in mind that no matter what we do, we will never be able to prevent all bad things from happening.

Some people have called Equifax’s Chief Information Security Officer (CISO) into question.  The Equifax CISO is/was Susan Mauldin.  According to reports, she has been with Equifax since 2013 and was previously the CSO at First Data Corporation and before that was with SunTrust Banks’ Group.  On the surface, Susan Mauldin is well-qualified to lead information security at Equifax.

I don’t know much more about her, so I’m cautious in speculating about her competency.  This doesn’t stop other people however.  She’s under a lot of scrutiny, and people are even calling into question her college degree choice!

Anyway, I don’t know enough about Equifax’s preventative measures or prevention techniques to offer a definitive opinion.  100% prevention should never be the focus anyway, managing risk is.

Where I can’t prevent bad things from happening, I should be able to detect them.

Again, we can only speculate about all the detective measures that Equifax had in place.  We do know that the breach started in mid-May and it was first detected on July 29th.  I haven’t heard specifically about how the organization detected the breach, so again we are left to speculate.

When I detect bad things, I need to have an effective response.

Perception is reality.  This is the part of the breach that we all have the most visibility into, at least as it relates to our perception.  The general perception of the response is summed up in one word; terrible.  You could also apply words like inept, horrendous, abysmal, etc.  It was/and has been bad.

The poor response is summarized in the following sections.

Insiders Should Not Trade Stocks

I don’t get this one at all.  In a breach that affects a public company, General Counsel should be involved very early on.  One of the critical instructions given by General Counsel to executive management and/or other insiders is “do not buy or sell any securities related to our organization until further notice”.  This should be a mandatory part of their response.

The site was launched shortly after the announcement of the breach, and it was setup to give consumers information about the incident.  Seemed like a pretty good choice for a website, at least on the surface.

At what point does it register that this is a probable phishing attempt?  Haven’t we been beating it into our users to not do these things?!

To make matters worse, there were numerous anti-phishing/anti-fraud technologies that were blocking access to this site as a malicious site.  Do you think we should test the URL and process before going public with it?

We can only speculate about what Equifax did to test this site beforehand, but it doesn’t really matter.  Public perception is already set, and Equifax screwed up (again).

Be Careful Offering Your Own Services After a Breach

Equifax is offering free credit monitoring to all consumers affected by the breach.  Consumers are offered free enrollment in their TrustedID Premier product.  Offering credit monitoring and identity theft protection after a breach is standard fare, and is usually a good idea.  The problem again is perception.

The perception in this case:

Probably a bad move, especially given the rest of the response.

For the majority, perception early on is that Equifax can’t be trusted.  This is founded in the fact that they just lost a bunch of really sensitive information about a bunch of people.  To compound the lack of trust, Equifax missed the fact (or it was intentional) that their “Terms of Use” on the new equifaxsecurity2017.com website states in bold uppercase letters:

“AGREEMENT TO RESOLVE ALL DISPUTES BY BINDING INDIVIDUAL ARBITRATION. PLEASE READ THIS ENTIRE SECTION CAREFULLY BECAUSE IT AFFECTS YOUR LEGAL RIGHTS BY REQUIRING ARBITRATION OF DISPUTES (EXCEPT AS SET FORTH BELOW) AND A WAIVER OF THE ABILITY TO BRING OR PARTICIPATE IN A CLASS ACTION, CLASS ARBITRATION, OR OTHER REPRESENTATIVE ACTION. ARBITRATION PROVIDES A QUICK AND COST EFFECTIVE MECHANISM FOR RESOLVING DISPUTES, BUT YOU SHOULD BE AWARE THAT IT ALSO LIMITS YOUR RIGHTS TO DISCOVERY AND APPEAL.”

What’s this “waiver of the ability to bring or participate in a class action, class arbitration, or other representative action” stuff?!  Are you saying that a person is giving up their rights to sue or participate in a lawsuit?  This didn’t sit well with many people, including the New York Attorney General Eric Schneiderman who tweeted the following to his Twitter followers.

Enforceable or not, the perception is terrible (again).

In closing, I can’t say much (authoritatively) about Equifax’s preventative or detective measures related to this breach.  The details just aren’t available or aren’t credible (yet).

As far as Equifax’s response, it would be hard for Equifax to have messed up any worse than it did, at least as it relates to public perception.  Like most breaches, we’ll look for lessons that we can all learn.

In my opinion, Equifax’s (and the other two credit bureau’s – TransUnion and Experian) business model is not at all good for security (or consumers).  This is a topic that requires more elaboration for another article and another day.

Nickname: "The Truth" ​ I am a 25+ year information security veteran, and I tell it like I see it. I’m not known for being politically correct, and this sometimes gets me into trouble. More often than not; however, clients and colleagues come to appreciate the candor and common sense approach. If you look at security (the right way), you’ll find that it’s just not as complicated as people make it. I hope you enjoy my writings on security and other miscellaneous things. I really have a strong and deep passion for helping people and making the world a better place. Check out my new book UNSECURITY

Living Off The Land Attacks: Tools, Tactics, and Prevention
August 2, 2021

Year of the Zero-Day Vulnerability: Phishing with Minks
July 13, 2021

Persistence and Agility in Cyberattacks: Phishing with Minks
June 14, 2021